A typology of Ancient Greek Coinage

The ARCH project uses Linked Open Data technology and the standards of the nomisma.org project to establish an overarching portal for the study, curation, archiving and preservation of the monetary heritage of the ancient world – the Greek oikoumene. It aims to present a high-level overview of all the coin types traditionally subsumed within the discipline of ‘Greek’ numismatics, from the 7th to the 1st century BC. These are made available partly through a new typology (IRIS) created as part of the ARCH project based on existing bibliography, and partly through links to other online portals that cover specific regions or types of coinage. The constituent parts can be found at:

Geographically, the project thus encompasses the ancient Mediterranean world and all of its cultures (with the exception of Rome and its provinces), as well as eastern regions as far as Arabia and the eastern limits of the empire of Alexander the Great. The following regions and coinages are not included and may be consulted elsewhere:

For further information on the principles behind the creation of the typology and the people involved please see the about page.

The ARCH project has been supported by a grant under the Joint Programming Initiative on Cultural Heritage. Funding was provided by the Arts and Humanities Research Council in the United Kingdom, the Agence Nationale de la Recherche in France and the Ministerio de Asuntos Económicos y Transformación Digital in Spain. 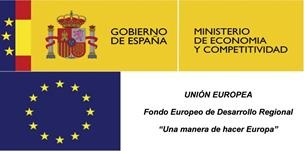